The worldwide Web as we know it is maturing and evolving. In a word, the dawn of Web 3.0 is forthcoming, and nothing can stop it. We are all the same here; Web 3.0 favours equality and transparency. Make yourself comfortable and welcome the new era of digital data ownership.

Web 3.0 is, generally speaking, the third generation of the internet, although the definition may vary relevant to the source. Some sources refer to Web 3.0 as Semantic Web or the Spatial Web.

For instance, If we fragment the evolution of the internet into segments – the first generation was simple web pages. The second generation is mass adoption, apps and social media,

In the new world of web 3.0, You and nobody else will own personal data.

Given that Web 3.0 employ blockchain technology to create a truly decentralised internet., this is the first natural step towards the metaverse. An impartial metaverse, offering actual digital data ownership via NFTs, is only and exclusively possible on Web 3.0.

The third generation internet will connect devices in a decentralised network rather than on server-based databases. We will own our data independently and not store them on big data companies servers. As a matter of fact, centralised servers will become obsolete.

History of the Internet

Web 1.0 was the first generation of the internet, basic web pages accessible and commercialised for the first time. Protocols such as HTTP, HTML and XML come from the beginning of the world wide web.

As a result, the first web browsers came during web 1.0, the first ISPs that allowed you to connect (via dial-up), and the first web development tools. Software languages such as Java and Javascript originate during the early days of the internet.

Darcy DiNucci coined the term web 2.0 in 1999. She predicted the level of influence on the general public. Her prediction referred mainly to the participatory culture through user-generated content, social media and widespread accessibility.

Web 2.0 revolutionised how we live. All of a sudden, everyone could broadcast and create content.

The main distinction between web 1.0 and web 2.0 is the widespread mobile internet access. Almost 4 billion people have internet access today, compared to just 1 billion in 2005.

As we know, Web 2.0 is mainly responsible for placing our data firmly in the hands of large centralised corporations. Seeing that the end-user never receives a penny from the sale of personal information, this system became quickly corrupt. Selling of the databases becomes hugely lucrative. Exploitative advertising quickly becomes how big businesses make money using personal data through targeted advertising.

Tim Berners-Lee, the inventor of the World Wide Web, spoke about the original concept of a semantic web way back in 1999. Describing his vision for the future, TimBL said:

“I have a dream for the Web [in which computers] become capable of analysing all the data on the Web – the content, links, and transactions between people and computers. A “Semantic Web”, which makes this possible, has yet to emerge. Still, when it does, the day-to-day mechanisms of trade, bureaucracy and our daily lives will be handled by machines talking to machines. The “intelligent agents” people have touted for ages will finally materialise.”

What is the Semantic Web?

The semantic Web envisioned by Tim and Web 3.0 is not the same thing but close enough for this narrative.

In essence, the next generation of the internet combines machine-learning artificial intelligence with blockchain technology, integrating several emerging technologies.

Web 3.0 is the new world of intelligent search engines. For this reason, machines will be capable of reading, learning, understanding user data and responding automatically to any enquiry.

Web 3 websites will be immersive and easy to use, feature enhanced security, and offer complete privacy.

As we know, social media could benefit humanity. For example, Web 3.0 could reward it instead of exploiting user participation financially or otherwise. The development of decentralised social media platforms will be exciting, removing the need for endless scrolling (gathering data).

Web 3 technologies will dramatically improve beyond Web 2.0. It is hard to begin to imagine all the benefits of the new internet era – here are a few of the expected benefits of Web 3.0.

This is for everyone

If you need a fabulous new website, give us a shout! 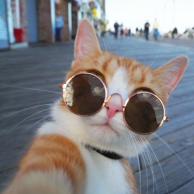 Howdy - as Head of Everything, I shall answer all your questions - SYRious questions only!

Here at SYR Digital, we have the creativity and te

If you need to update your website, we can create

Hey, we created the digital business card, check i

Hey, here at SYR Digital we create concepts and ca

Although our coding cats are grumpy - they deliver

We are having a welcome party for our newest team-

Our team of creatives with technical know-how drea

Happy New Year! May the coming year be full of gra

Beauty is skin deep. But what happens when you mix

Success is built on continual innovation. Having a

Why choose SYR? We're a creative bunch! If you wa

Here at SYR Digital, we have the creativity and te

If you need to update your website, we can create

Hey, we created the digital business card, check i

Hey, here at SYR Digital we create concepts and ca